What people want from their phones part 2 - voting by text

More from the BBC today about text voting (although I can't find the story on their website - I got it via email). They've just commissioned a survey and found out that voting by mobile in a general election would be more popular than voting on TV shows like Big Brother, I'm a Celebrity, X Factor (which is probably the biggest of the lot attracting more than 20m text votes in a series). I've talked about participation TV here before.

The results: Apparently 34% of UK adults who own a mobile phone, 34% said they'd be interested in voting by text in a general election, rising to 45% amongst the 25 to 34s. And in the same group, 30% of them currently on reality TV shows like Big Brother, Celebrity Come Dancing, X Factor et al. How things have moved on since this survey in 2002 where it was felt that text voting trivialised the process.

Will it happen? Text voting is currently being evaluated by the UK Government as part of its e-democracy proposals to reform voting in public ballots. But does that fact that people want this and that we have the technology mean we will get text voting in the short-term? I'd love to think that we would but, although not impossible, it would be incredibly complex to co-ordinate data securely to facilitate this, coupled with the fact that fraud is a problem too. For those who really want to fix the system, would they just steal people's phones, or hijack them, and claim their text vote instead? I don't know, maybe that's far-fetched, but the task required for m-democracy is not to be underestimated. After all, we're talking about dealing with millions of people here, 100s of phone types and operating systems yada yada yada. 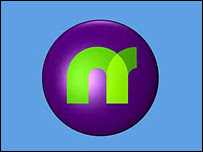 Engaging young people. Interestingly, the BBC is using text voting to engage children in politics via their newsround TV programme which I think is brilliant. A recent example can be found here where they asked children if they'd like David Cameron or Gordon Brown to be Prime Minister.

Survey details. This latest BBC survey was gathered from 2,000 face to face interviews between 12 October and 1st November amongst UK adults (18+) and they found that mobile owners split into three distinct groups - light, medium and heavy users (not exactly rocket science, but useful to see the breakdown nevertheless).

Heavy users: Mostly 18 to 34s. They use 6 or more functions on their mobile device, with SMS/text messaging, taking photos, playing games, ringtones and browsing wapsites amongst the most popular activities.

Light users: Make up the largest group - 62% with more than half of those in the over 45s. And they just use their phone for voice and text (still, it's good to see text in there even with the light users although I can't imagine they use it much).

More on stats. If these stats look interesting to you, and they do to me, then you might want to head over to Mobhappy and check out these posts [1] [2]. I'm in the heavy user category, clearly, as are about a third of my friends, the rest of them falling into medium users. But if the largest group are light users, how do we migrate these people up the chain to become medium and then heavy users? The handsets *are* out there. So why isn't the usage? Is it just a question of time, or have we (the industry) made some fundamental mistakes in communicating what this mobile thing is all about?
Posted by Technokitten at 11/23/2006 11:26:00 am