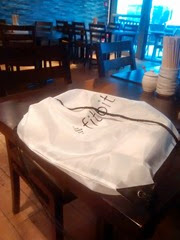 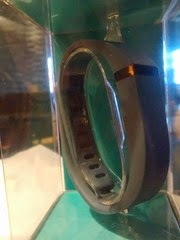 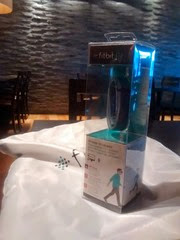 I am a lucky girl, really I am. I was given a Fitbit Flex to try to compare with the Sony Smartband I’ve been using. They both essentially do the same thing – measure sleep patterns, record steps and have some software to help you keep track of it all. They’re both around the same price. You can get the Sony Smartband here and the Fitbit Flex here.

There’s not a lot in it, they are both lightweight and they both have rubber wrist straps and a similar fastening. The Fitbit Flex wins out in comfort – it’s slightly smaller, you can wear it in the shower without worrying about it and it buzzes to tell you when you’ve hit your 10,000 step goal without having to synch to the app.

They both have a battery life of about 5 days. Charging the Sony Smartband is easy – it takes the same kind of connector as any smartphone so it works with any phone charger. The Fitbit Flex, in order to keep it waterproof I guess, has a special casing to put it in to then plug into your computer or a plug. That adaptor will be very easy to lose as it’s small and a bit fiddly. I did buy an additional adaptor to keep at my Mum’s house so that I can keep the one at home, at home and in the same place all the time.

The strap clasp on the Fitbit Flex is more fiddly than the Sony Smartband. That means it’s not going to come off easily, but it also means if you lack manual dexterity, you will struggle to get it on and off. That rules it out for elderly people. Equally, having to place the Flex device into the special charging adaptor is also a bit fiddly if you’re not as good with your hands as you used to be.

The Sony Smartband can be set up to do other things with your device, but I didn’t set it up that way. I would never remember what you’d have to do to use it. And it’s not a big deal to get my phone or tablet out to move to the next track on my MP3 player, for example.

The Fitbit Flex has a very nice feature where you can tap the light bar to see how near (or not) you are to reaching your step goal. I found that useful. Even more useful would be a watch and/or timer but I guess that’s coming with the next iteration.

I wore both bands for a couple of weeks to see how closely (or not) they matched on step count. I wore them on the same wrist so that they were registering the same movements with that arm. They came out differently. The Sony Smartband routinely came out at a significantly higher step count than the Flex – like a 15 to 20% difference. That’s quite a lot. My conclusion is that neither is probably recording terribly accurately so to use the step count as a guide rather than a fact. And the fact that the Fitbit comes in at a lower count means you have to move a bit more to reach the goal. That’s not necessarily a bad thing.

Annoyingly on both devices, neither registers a step count when you’re cycling on a fixed cycle in the gym. And on the treadmill, you need to be using it with your hands moving rather than on the rail, otherwise your steps won’t be counted. The steps are more based on arm movement than they are on leg movement. This also means you can up your step count by moving your arms around from your arm chair. And I admit, I have done this to get to my 10,000 when I was close to it! Dancing and marching or running on the spot also works for step count as long as you move your arms.

The Fitbit Flex has the edge for me on the software now because I can link the app to MyFitnessPal which is where I’m recording what I eat. I am sort of interested in the calorie counting, but what I like most about MyFitnessPal is the nutritional value. This is of much more interest – it helps me see if I’m lacking in iron or a particular vitamin, or if I’m over my carbohydrate goal for the day. I find that much more useful than calories per se. The Fitbit Flex does have its own food diary element, but I much prefer MyFitnessPal and connecting that up to the app.

I haven’t yet explored the online community for Fitbit Flex. There are all kinds of challenges, tips for exercise and more. Right now, I’m happy with how I’m using it and I think delving more into the online stuff would be a distraction until I am set in my new patterns.

Neither is perfect on this. With the Sony Smartband, you set the time you typically go to bed and the time you want the alarm to go off and it calculates your sleep quality based on those times – even if they weren’t the times you actually went to bed. I never quite got the hang of turning it from day to night mode.

With the Fitness Flex, you tell the app when you went to sleep and when you woke up and it makes the analysis from that. I’m not sure it’s giving me more insight, but at least there’s a record there.

Neither is perfect. And because of that, I can’t say one is better than the other. They’re both flawed.

The Sony Smartband allegedly uses NFC or bluetooth to synchronise. Except, I couldn’t get the NFC element to work consistently. I also had to download two other apps to get the smartband synching properly and that seems excessive. The bluetooth synching did work, but not consistently. It took too long to synch most of the time, and in retrospect, that was a waste of my time.

The Fitbit Flex uses bluetooth to synch and when it works, it works really well. The trouble is, the Fitbit system is very often down for maintenance. Also, your back data isn’t stored locally so you can’t see it offline. That seems a bit daft to me.

One of the things that made a difference to me in terms of my own health and fitness was the ‘add your friends’ feature on Fitbit Flex. This means I can see how a couple of my close friends are doing in their weekly step challenge. I didn’t want to be shown up, so it did get me moving to keep up with them. And that has been a very good thing. If you’d said to me that the competitive element would be attractive to me, I’d have said no, not at all. But I’ve actually found it useful and relevant. It’s about giving me a benchmark to work from and to see others like me and what they’re achieving.

The other impact this process has had is that I’m paying much more attention to my diet, I’m paying much more attention to how much I’m moving and I’ve rejoined the gym. I don’t suppose I’m ever going to have six pack, but if I can stave off future ill-health by working on my fitness now, then that’s great. A friend turned me on to the Julia Buckley book ‘The Fat Burn Revolution’. I’m not one for fitness books, but I’m enjoying this one and it has helped me rethink how I structure my exercise regime and what it’s actually doing for me. It’s very readable, the exercises are doable and Julia has a very down to earth approach which appeals to me.

So, if I had to choose one over the other, it would be the Fitbit Flex.

Will I still be using this device in three month’s time? Honestly, I have no idea. But I think maybe I will.