The postal strike isn’t bad for everyone 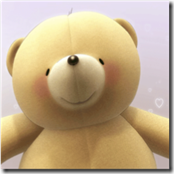 In case you’re not from around these parts, the UK postal service is currently taking strike action across the UK in various degrees of seriousness. Of course there are two sides to every story and it’s not fair to blame the humble postie for what’s going on there. As I understand it, the postal service isn’t actually in decline but it’s busier than ever due to e-commerce and that’s why the postal workers don’t understand the cuts that are being made to the business and the subsequent changes to their working terms and conditions.

Anyway, the strike isn’t bad for everyone. Yes, it’s annoying not to get your birthday cards or letters from your loved ones but I can’t say I’m missing the bills and statements much. And it seems it’s not been a bad thing for Sharpcards either.

Sharpcards, the world’s largest provider of mobile ecards, reveal how during the recent postal crisis people have turned to its mobile ecards service as a way of getting in touch with loved ones.
Interestingly, since the postal strikes began they’ve seen:

•    A 103% increase in visitors using Sharpcards ecard mobile application
•    A 63% increase in unique buyers compared to the monthly average
•    The highest amount of traffic on the ecards service on 22nd October – the first day of the national postal strike.

And it’s not the first time the company has witnessed such an increase because of a disruption to the postal service. During the three-day London postal strike in July (8th, 9th and 10th), earlier this year, this is what they discovered:

•    An 82% growth in visitors using the mobile Sharpcards application
•    A 64% increase in unique buyers over that period compared to the monthly average.

Will Walsh, CEO of Sharpcards said: “Greeting cards help people to express themselves, show their love for someone and say something truly personal. In times like this when the ability to get that message across is restricted, people are recognising that they can do all this on their phones too.”

I think this shows that there is a move, in some circles, towards virtual greetings and virtual gifts in general which is going to be a good thing for companies like Little World Gifts too. It’s not going to be everyone’s thing for sure, but in an age when we’re conscious of climate change and being green coupled with the economic crisis, buying lots of ‘stuff’ to show your appreciation of a friend or loved one may be becoming passé and perhaps the virtual gift is the way forward? That said, I still like giving and receiving real presents too, although I do less of that now than I did when I was younger due to being strapped for time as much as anything. And I’m not sure a small child will appreciate a virtual card in the same way that they’d appreciate a cuddly toy. I suspect there’s room for both for some time to come yet.