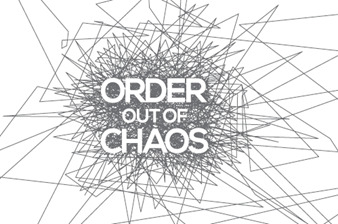 For those of you who are interested in technology and are based in the North of England, you may be interested to attend the upcoming Harvey Nash event in Manchester on Wednesday 4th December at 6pm at MOSI. It’s free to attend and will be of particular interest to CMOs, CTO/CIOs and CEOs of businesses of all sizes. The topic for discussion is based around Harvey Nash’s annual CIO Survey (you can download the full PDF here). The survey is a useful way to catch up with what CIOs and CTOs feel are the latest trends and issues – mobile being one of the top ones, followed by the on-going friction between CMOs and CTOs (especially as marketing departments have increasing budgets for digital) and quite a few more...

I’ve been invited to join the panel (thanks Mike!) alongside Martin Jones, CTO lastminute.com; Martin Bryant, Editor-in-Chief, The Next Web; and Doug Ward CEO and Co-Founder Tech Britain and TechHub Manchester. It should be an interesting event if their Leeds one a few weeks ago is anything to go by and there’ll be plenty of opportunity to ask questions and chip in with your 2p. Oh, and there’ll be some networking too. It’s free to attend. Hope to see some of you there.

Meeja–The Times They Are A-Changin’

Apologies for being a bit slow on the blogging front recently. I just got out of the habit. However, I’ve been busy squirreling away lots of articles and links to follow up on with blog posts should the moment come to blog.

As many of you already know, I do consulting work with media owners of all types and sizes, helping their senior teams get their heads around what’s happening in mobile and social and how it is impacting their business and what they might do about it. I recently did a talk to a group of Nordic media owners who were pretty horrified that I rarely went directly to an online or mobile newspaper to read it but followed random links from people I followed on a variety of social networks and as such, wouldn’t necessarily know which publication or which journalist I was reading.

Don’t get my wrong, by all accounts, media consumption of all types is in rude health when it comes to mobile and online. What isn’t so healthy are the business models to pay for that as well as the fact that many outlets are still focused on print as the main product despite declining revenues. And that’s the challenge that media owners face. The existing business models are in (fast) decline and the news ones are not (yet) replacing those revenues often coupled with a reluctance to change or move with the times.

If you’re interested in where mobile meets media, the future of advertising, the future of journalism and the like, the following links will probably be of interest.

Why tablet magazines are a failure by Jon Lund. Jon’s key point is to encourage media owners to build for the web rather than tablet app only. But while he’s telling us that, there are some really interesting case studies quoted and some rather useful numbers if you need to persuade your boss to move with the times.

The Financial Times to move to single global print edition. This is a very interesting move by the FT. They’re changing their workflow and product focus to reshape the paper for the digital age. Although the printed paper is still part of their multi-platform operation, the shift in how they’re managing it all shows a keen eye on the future and they’re changing before their hand is forced. Smart move, I say.

Ken Doctor highlights what’s coming for media owners in 2014. It’s not news to those of us who’ve been working in mobile and media for a while, but I suspect, the pointers are a bit scary for a lot of media owners who haven’t yet started the change process or haven’t invested in preparing themselves for the future.

Josh Marshall doesn’t believe in Flipboard’s model for media owners and he tells us why, even as far as calling Flipboard a scam. I understand where he’s coming from, but what he doesn’t talk about is who and where his audience is and what their needs and wants are, what their reading habits are and how that matches with TPM’s offering. It’s still early days for Flipboard and its ilk, but I don’t think services like them are going away any time soon.

Canada’s Globe And Mail’s CEO tells media owners ‘we have to think more precisely about what it is that will make people pay’. There are some useful pointers in this article explaining some of the things G&M are doing to get readers to pay for content.

How much are you willing to pay for digital news? There’s still no definitive answer to this, but this article (and the links within it) highlight some of the key issues faced by media owners (yes, it’s getting a bit repetitive isn’t it – the need to innovate, the acceptance that the print decline is real and not stopping, that the digital ad sales aren’t replacing print ad sales etc.).

Attention v. Relationship Economy – this article explores they way that media owners could or should be thinking about how to monetise. And I think I agree with the author, Jeff Jarvis, that it’s about the relationships newspapers have with their community of readers, advertisers and more.