The party I went to at the weekend was interesting from a sociological point of view. Inevitably when at these kinds of things, I spent some time people watching and part of that was spent observing their mobile habits. Everyone had phones, even a lot of the children

The good thing was that people didn't seem to be using them too obviously and conversation was the order of the evening. There was a seated area outside the main room and that seemed to end up being the 'taking a break from the party and checking my phone' space. Every time I walked past, there were 2 or 3 people checking their phones. It was interesting that these people had chosen to step away from the party in order to do that. Is that a new social etiquette? I did it too. I stepped outside for a few minutes to call my Mum although I didn't succumb to browsing my social feeds for once.

The other habit worth noting was the lack of people taking photographs. Hardly anyone took any photos with their phone at all. I didn't take any either. I think much of that was down to the types of people who were there. They were mostly parents of children under 12. As such, I think they will have had so many letters from headteachers about not taking photographs at school events that they've stopped taking photos when children are around for fear of inadvertently taking a photo of a child without permission. I missed a cracker of a shot of a group of the children with their backs to me at the bar. I was very close to taking the picture but because they were all under 10, and even though you couldn't see their faces, I kept my phone in my bag and didn't take the picture. 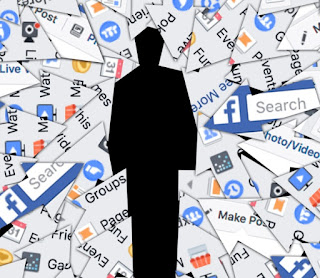 I think it's right to be mindful of other people's privacy and I do try to do that but it's not always easy. But sometimes the big companies we use daily make that hard. Their growth hacking often relies on us sharing our lists of contacts with them so that services like Facebook and LinkedIn can join the dots to connect us with people we know. I, like many others, have learned the hard way, not to do that. Most of us have clicked something that triggered or nearly triggered a mass email to all the contacts on our address book.

I thought I'd turned off all of those contact book sync settings in the apps and online services I use. However, on checking, I did find some very old contacts on my Facebook sync which I have since removed. I was prompted to do this following a post from Techhub's Elizabeth Varley. Here are the instructions to check yourself.


Did you ever upload your phone contacts to Facebook? Can't remember and want to check? You may want to delete them all. You can find out if you've uploaded contacts here: https://m.facebook.com/invite/history/ .

None of this will delete any of your contacts as being Facebook friends, don't worry.
If you're doing this on desktop, use https://www.facebook.com/invite_history.php.

Make sure to click on the messenger contacts too and delete those. I didn't think I'd uploaded any to Facebook, but had clearly slipped up ages ago and didn't realise some old contacts were still lurking there.

These uploaded contacts are one of the ways that Facebook does the "people you may know" thing.
If you're wondering why this might be an issue, here's a very good article about how Facebook uses data to figure out everyone you've ever met.

I don't know if we'll ever win the battle for online privacy. We can but try.