What three things should we teach at school?

It's not often that a stranger talks to you when you're travelling on the tube in London, but it happened to me the other night on my way to the theatre. A man, who had clearly had a drink, plonked himself into the seat next to mine. He had his open can of booze in a brown paper bag which is never a good look, and moreover, drinking alcohol is illegal on London Transport. He seemed harmless enough though.

And then he started talking to me. I felt a very mild panic. I mean, it's just not normal for anyone to talk to a stranger on the underground and I'm wondering why on earth he'd singled me out for a chat. I don't remember what he began to talk about. He was having a moan about something or other and I was humouring him a little. And then he asked, if there were only three topics you could teach at school today, what would they be? This was putting me on the spot a little and was completely out of the blue. I'd never given it any thought previously but my answer was more or less instantaneous. I guess this was based on instinct.

The three things I came up with were Reading, Writing and Thinking. The reason being that in our digital world, reading is a universal requirement. I read things all day, every day - on a phone screen, on my laptop, in the freebie newspapers, on posters, in shops, on road signs - the written word is everywhere. Writing - whether that's handwriting or on a keyboard is also a necessity. Learning to touchtype back in 1994 at South Thames College is the best £7 I ever spent. I know new voice-enabled interfaces are coming and even though I have Cortana on my laptop and OK Google on my phone, I still can't bring myself to use them, even if there's no-one around to listen to me. 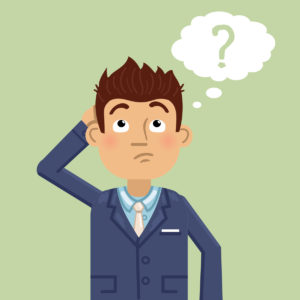 On the third subject, Thinking, he challenged me asking if it could be taught. I was about to get off the train at this point and I said 'yes'. I didn't really think about it but my hunch is you can teach people how to think by giving them the space to think and giving the right examples and encouragement to do it.

When I was running my own mobile marketing agency, I recruited many young people, most of whom were still studying and were doing a placement with me, or they were new graduates. The ones who were successful were the ones who could think for themselves. Many of the young people I interviewed lacked critical thought and lacked the ability to work things out for themselves. We're talking 13 or 14 years ago now. Online social networking wasn't really a thing at that point for the mainstream. Flickr was the social network I participated in most. LinkedIn was a newish company. Streaming music wasn't a thing. But we did have email, we had Google and Amazon and we had mobile phones with SMS and java games and apps and the first cameraphones.

At the time, the education system was still geared up for more traditional type jobs in marketing and business. Even though the web was huge, it wasn't nearly as pervasive as it is today. Perhaps we needed people who could follow instruction more than they could think back then and that's why degrees were structured to produce those results.

In this current climate of constant change, especially when it comes to internet technologies, one of the key employability skills to have is adaptability. We need to see what's happening and adapt. The jobs we're doing now may not exist in the future. Or if they do, they will be vastly different on a day to day basis. And with increasing reliance on Google or Bing as our external brain, critical thought is essential. We need to work out what's fake and what's real, which things to take seriously and which to ignore, which way to build your software and connect your APIs and which APIs to ignore.

Of course, this is a hypothetical situation. We're not going to be limiting any school curriculum to just three subjects. But what I would like to see is some discussion and thought around what skills we need to perform well in the years to come and maybe use the topics such as history, geography, philosophy or physics to exercise those skills whilst learning a subject at the same time.

It turns out, I'm not the only one who thinks that Thinking is critical for being a successful human being. I've just discovered this article and podcast on the importance of thinking. Check it out for yourself. I think there are some good points in it.

Out of interest, what would your three subjects be and why?