The Future of Blogging and Communications - some thoughts 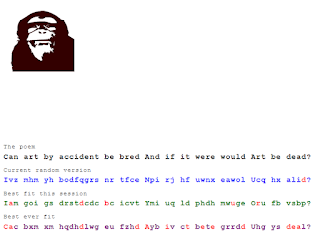 I went to an interesting panel discussion on Thursday evening in London at WeWork near Old Street. It was organised by the #BlogClub team and the session was entitled 'How will AI and other disruptive forces affect and impact the world of blogging and communications?' The panel was led by Andy Bargery and the panellists were Katie King (CEO of Zoodikers and future author of a book on AI and Marketing for Publishers Kogan Page) Katie on Twitter, Lucy Hall (blogger at www.lucyshall.com) Lucy on Twitter, and Minter Dial (co-author of 'Futureproof- How To Get Your Business Ready For The Next Disruption'), Minter on Twitter.

As I've previously done quite a bit of work and thinking around the topic of AI, I was interested to revisit it with a different audience - i.e. not tech experts but writers, both professional and amateur. This made for an interesting evening and provoked me into thinking more deeply about the topic again.

Chatbots
One of the first things to be brought up was Chatbots. I've not had a great experience with Chatbots if I'm brutally honest. I've had a play with the Pizza Express one and the Dr Oetker one. Both crashed on me and both were nothing more than a weak IVR (interactive voice response) in a text format. They both took too long to interact with and what they achieved could have been done much more quickly via a webform or a bunch of tick boxes. The Pizza Express ones have been a bit cuter as it included some animation and video, but ultimately, they're not *that* clever. At least, not yet. Both of these chatbots were on Facebook Messenger.

Robot writing
The discussion moved on to automated writing. The ai-writer.com website was mentioned more than a few times and heralded as 'the future'. There have been robot poets in China, a Japanese robot fiction author who got through the first round in a literary contest, and this year, Google invested in AI to write local news. And I know that data driven news content like sports results, stocks and share information and weather is already automated so it's not so far-fetched to think that anyone who writes for a living may find themselves out of a job in the near future.

But let's not get too carried away with this. I tried ai-writer.com and it was pretty ropey. Check my previous post for an example article or try it for yourself here. Or take a look at Vic Keegan's Shakespeare's Monkey website (pictured above) which has been running for years and years and still it hasn't created anything worthy of a single line of Shakespeare. I realise that Vic's experiment is based on randomness whereas ai-writer's aim is specifically to generate content for blog writers - your only input is the blog title to generate the content.

Let the tools help you not replace you
That's not to say that there are AI tools out there that are very useful indeed, especially to a writer. Google Search being the most obvious one. Even things like AI Writer may have their uses to link to useful resources. There are other tools out there to help you plan your writing, do research for you and help you with readability, translation, distribution, and more. However, where creativity of any kind is a requirement, the human brain still wins out.

Nevertheless, there are a myriad of servers out there generating fake news and pictures and  automating content (that looks little better than gibberish) in order to either manipulate the public in the former and to make cash from advertising in the latter case. I won't touch on all the automated marketing tools, click fraudsters and fake (robot?) eyeballs out there at the moment who make this scenario even worse - I'll save that for another time. It's a big topic.

It did beg the question of what is the point of automated content if it's going to be robots that see it more than humans. Which also begged the question of why should we bother writing at all if it's going to be harder and harder to reach real eyeballs rather than robot ones.
Minter stated that human + machine is better than machine alone. And in this context, I agree with him. With the tools we have available to us, we are able to do many more things and usually in a faster fashion.

So the good news is that if you're a writer, you still have a job if a creative element is required. Forget it if you're just churning out generic content based on data such as stocks and shares, football results or weather temperatures.

Some thoughts from the panellists

Video
But there are things we need to think about, whether you're involved in online content of any kind. Lucy reminded us that there's more to blogging than just words and that live video was one of the most effective types of content out there at the moment. She believes that's down to the human touch and the popularity of video. Lucy also stressed the importance of keeping up with your audience. They way they access content has changed, writers and content producers need to keep up with that.

Ethics
Katy was excited at the prospect of AI and how it can help us now and in the future with the range of tools available to us. Her caveat was that there is a need for ethics around AI.
I agree that ethics are a requirement and we need more thinkers from all walks of life contributing to the AI conversation so that we can remain human. I don't want our algorithm overlords making decisions about me and what I am able to or not able to do based on data that could be flawed, misinterpreted, wrong and worse still, not fixable because the algorithms become so convoluted or data that is completely out of my control as it's inferred from those around me rather than myself. I wrote last year about social scoring in China and Wired Magazine published an in-depth update recently.

How to futureproof being a writer
Minter's advice was that, as a writer, you need to find your niche and be very specific about it. He also believes strongly that you need to write from the heart  and aim to get energy from your writing. He suggests using the AI tools available to use to help with publishing, distribution, analysis and research. He sees SEO as 'Strategic Executive Opportunity' and said that if money is your objective, then you need to think about how much you will invest in these (AI) technologies.

My takeaway
I came away reassured that creativity is still a human trait that cannot yet effectively be copied by software. Nevertheless, there are tools out there that I could be making use of to improve my writing and help me be more efficient and more effective.
A big thank you to Andy and Bernie of #blogclub.
Day 4/30 NaBloPoMo