What do you do when your boss is an algorithm?

I was lucky enough to go to Business of Software's great event in London with entrepreneur and best-selling author, Eric Ries, talking about his new book, The Startup Way. The house was absolutely packed which is a testament both to the popularity of Eric Ries and how well Mark Littlewood and his team organise their Business of Software series of events. 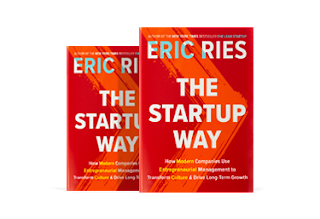 I'm still mulling over much of what Ries was saying and I haven't yet read his book. The question that really stuck in my mind was about what workers will do when their boss is an AI or an algorithm. I've thought quite a lot about working with an AI as a colleague. Arguably, we're already doing that to some degree with our use of online tools such as search, productivity tools, graphic design software etc.

My boss is an algorithm
But what if the algorithm is our boss? Ries cited the example of an Uber driver. Who is the driver's boss? Who do they report to? Who tells them what to do? The answer, to all intents and purposes, is an algorithm (putting aside recent UK legislation about their legal status).

Imagine the scenario whereby a customer uses the app to hail a taxi in a high traffic area where there is a choice of driver. The algorithm decides which taxi driver(s) to show that too. That could be based on reviews (perhaps unverified), where the driver was the previous night, how frequently the driver chooses to drive for Uber, how safely the driver drives, who the driver is connected to on social networks and much more. And in that instance, who do you complain to anyway and what could they do? These algorithms are getting ever more complicated and anyway, this isn't a technical bug, this is an ethical question as much as anything.

I'm afraid, I don't have the answers, but I'm thinking about the implications of this in different aspects of work life.

Free book giveaway
Everyone at the BoS event last week got a copy of The Startup Way. I was lucky enough to come away with an extra copy which will be given away tomorrow evening at Swedish Beers in London as part of the Robot Ping Pong challenge. I do hope you can join us!

Business of Software has archived all their previous talks and it's a fantastic resource. You can check it out here.