Free VOIP calls via Skype on your mobile 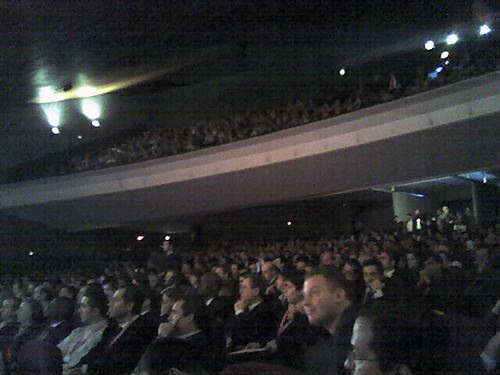 It looks like it's really coming - with operator approval no less. Skype has joined with 3 to deliver 'free VOIP (voice over internet protocol) telephone calls across the mobile network. Hmm. That's interesting. 3 sees this as part of its customer acquisition strategy and is about keeping the customer happy as part of its content bundle.

But not only that, Skype is also in talks with Warner Music to sell ringtones to its 75m strong subscriber base. They already sell ringtones but this is their first major deal. And consider the impact if it can do this on mobile networks and bypass the network operators.

Also Nokia has just announced the Nokia 6136 phone, which allows you to make calls over your home or office Wi-Fi network, as well as on a regular cellular/mobile network. It claims in the story that this could be the end of Skype and Vonage.

All these announcements have been made at 3GSM in Barcelona (I'm flying out there tomorrow - yippee!). It's a pretty big deal this year judging by the texts I've been getting from my friends who are already there. Check out the picture above courtesy of Mike Butcher at mbites and musicbites. Just shows how big the conference bit is at 3GSM. Then add in 900+ exhibitors and 50k visitors, you kinda get the idea of the scale. More pictures on flickr.
Posted by Technokitten at 2/14/2006 07:43:00 pm