Location Based Services - are they all missing the point? 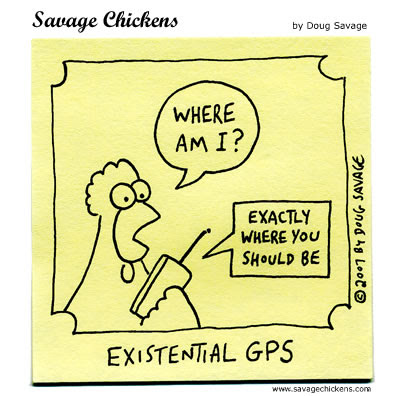 I recently attended MoMo London's recent event on location based services. It was a great event, with speakers from Google Gears, Yahoo! Fireeagle, Skyhook Wireless (who were our generous sponsors and fantastic hosts), W3C, Locatrix, Rummble and Buddyping. We also had a fair number of MoMo folks in from chapters from other countries (USA, Spain, Sweden, Estonia, Germany and Australia) plus 200 or so of our London members so it was a very good crowd. And lots of people wrote nice things about the event too which is great as it means as organisers (I'm one of the London organisers), we're doing something right.

And all the companies are doing interesting and clever things with location on mobile. However, I can't help thinking that many of the LBS initiatives are missing the point, or at least the initiatives discussed on the night seemed to missing the point as they all seem to be focussed around mobile social networking and mapping allowing me to find my buddies or things to do close by, unless I missed something.

If I see another googlemaps mashup with virtual map pins on it, I think I'll scream! How many of these maps do we need to see? And why do we need to see a map most of the time anyway? It's pretty enough, but usually pretty unnecessary. And what has physical location got to do with it. Twitter has no location API, yet it's actually very effective for letting me connect with people who are local to me (and to organise meeting up via tweet-outs such as 'I'm in Soho this afternoon, anyone want to hook up for coffee) as well as helping me have relationships with friends and colleagues further away. There are no maps involved. No location look-ups.

Don't get me wrong, I love googlemaps - especially on my mobile. It's incredibly useful and means I don't have to carry a London AtoZ with me any more and it means I get less lost when travelling in cities I'm not familiar with. But the mapping element isn't the be-all and end-all when it comes to location. In fact, it's barely even the start.

You see, it's all about context. And it's all about the customer being lazy (there's a limit to how many UGC sites I can contribute to and a limit to how many times I can add the same information/review/postcode/picture/whatever to multiple sites and I'm a pretty avid contributor to these things. And anyway, how is the location, per se, relevant. If I want to know where the nearest McDonald's is I can usually see it on whatever High Street I'm standing on anyway or I could ask some

body. And when I've tried using recommendation sites for finding out the best late night restaurant or club in London's West End, I've found them pretty useless on my mobile and have resorted, successfully, to using Texperts instead.

So what do I mean about context. Context is understanding that it's not that I'm on Oxford Street, London W1. But that it's Saturday afternoon, Oxford Street is a busy shopping street, I don't work near there so the chances are I'm probably out shopping. An advertiser of the latest thing in trainers is interested in targeting shoppers who are in the shopping frame of mind and in or near a shopping location, and maybe even that their propensity to buy trainers is medium to high, not the actual postcode. No amount of map pins is going to solve that problem. And being able to reach 1000 people on Oxford Street is no where near as attractive as targeting 1m UK shoppers while they're out shopping across the UK. If you're a big brand, and let's face it, it's the big brands who have the big advertising budgets, you want national coverage which can complement what you're doing on TV, radio and outdoor.

What I'm not seeing are intelligent ways of collating and managing this information to make it relevant, interesting or useful for the customer, or making it easy to buy the media and reach for the advertiser or media buying agency.