txt a Monster 2 win! Another one from the archives

I still rate this campaign for its creative use of voice and SMS, especially as it is from 2002. At the time, it was only 12Snap who were running campaigns that combined IVR (Interactive Voice Response) with SMS (text messaging) from what I can remember.

It seems pertinent to share this one with you now as the new Monsters University film is out this summer – 11 years on from the original.

The mechanic of this campaign was pretty simply. You bought a packet of fries from McDonald’s. You opened the door to reveal a special phone number and code. Text the code message to the phone number given. You get a text message to say if you’ve won or lost. If you won, one of the Monsters called you back and screamed at you (which is in keeping with the original film).

This was the biggest mobile marketing campaign ever at that time and was printed on 13 million fry boxes. There was a tiered prize structure with all players being advised whether they had won or lost by text message. Premium winners also receive a “monster MobileCard” (this was using IVR – interactive voice response – and was the monster screaming at you). Intermediate prize winners get a mobile ringtone or logo (those were the days when you could offer these as a genuine prize to customers!). Non-prize-winners got a text message from a monster asking them to play again.

It was run via T-Mobile’s servers and they struggled under the volumes of messages coming through due to the popularity and large-scale of the sales promotion. At the time, McDonald’s was one of the brands pioneering mobile marketing.

The companion website can be seen here on web.archive.org 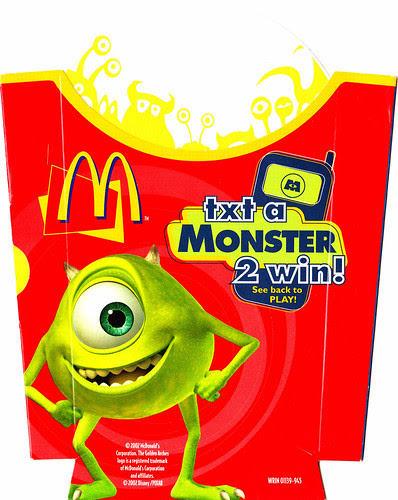 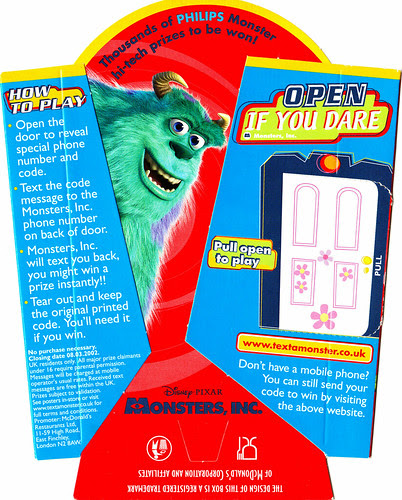