Did you know about e-sports?

I certainly didn't think much about it. I vaguely knew that there were competitions for some of the bigger computer games but it didn't really cross my mind to think about it much. Until the last few weeks, that is. 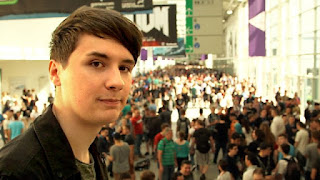 I mentor a couple of Masters students from the University of Westminster every year. It's where I studied as a mature student and this is my small contribution towards giving back to the university. This year, one of the students I'm mentoring is a massive e-sports fan so we've been talking about it a lot. Coincidentally, the BBC has just shown a fantastic documentary about e-sports, The Supergamers, which you can catch on the iPlayer for the next 4 weeks. They also have a brilliant primer, in case you were wondering about it.

This is big business.

There's something that feels instinctively wrong about (mostly) young people devoting their time and energy to what boils down to pressing buttons on a computer screen. Of course there are cognitive skills involved. Many of these games involve strategy decisions and being able to work in a team. Your reaction speed is critical (and this reduces as you age) and your career could be over by the time you're 22.

And how can this be considered a sport? I mean there's no physical activity, is there? Arguably, your brain power and reaction speed will be enhanced if you're also physically fit. But it appears that many of the professional players are just like other teenagers and live on junk food, sleep in late and don't do much in the way of getting outside in the fresh air to exercise, preferring instead to slump in front of the TV or a computer screen.

It got me thinking about why I value, say, playing rugby as being a 'better' activity than being the best at League of Legends? What makes it better (or not)? It's arguably healthier to be outside in the fresh air and the physical movement is a good thing about playing rugby. But there are risks of being physically damaged - broken noses and cauliflower ears are common features of rugby players. And in both activities, players need to spend hours and hours of their time devoted to playing, practicing and analysing their performance in order to improve for next time. Is it a better use of your time to hone your rugby, football or netball skills as against honing your computer gaming skills?

It also got me wondering what the role of mobile devices might be in all of this. In terms of fan engagement during tournaments, I'm sure there's a lot of scope. The vibe and scale of these tournaments feels like a cross between a gladiator fight in a Roman Amphitheatre and a Premiership football match. The emotion of the fans is very real.

If you dig a little deeper into e-sports, you'll see that it's growing at phenomenal speed and that it's now a multi-billion $ industry so it isn't going away anytime soon. I wonder how soon it will before some of the e-sports teams and tournaments will become household names as familiar as Manchester United or the Boston Red Sox?

(File under 'stuff young people do but I don't really understand yet'. See also How to Snapchat like a teen.)