The Harrods fake till scam 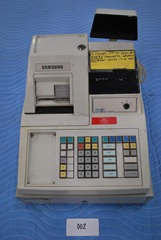 It’s always busy at Christmas in the retail world, especially for department stores. When I worked in Selfridges in 1990, I think they took on an extra 2000 staff for the season. That was in just one store. They’ve now pared that down but even last year, they took on an additional 1500 staff across their four stores. And come the first day of sale, everyone is on duty along with a bunch of people you’ve never seen before. The concessions will rope in extra staff from quieter branches and may even get additional help from Head Office staff who are usually sitting behind a computer screen for the rest of the year. It is pretty chaotic. We also used tills like the one pictured – although somewhat cleaner.

There was a story that went around at the time about a similar scenario in Harrods. A couple of thousand extra staff in store, and crazy busy with the general public eagerly buying their bargains. On the ground floor, an extra cash-only till was set up to deal with the additional customers. And then at the end of the day, it left as quickly as it had arrived. Full of money. It was a fake till. Some criminals had wheeled it in and it had been used all day by uniformed staff and then it and they left again, with thousands of pounds, no doubt. Or so the story goes. I don’t know if this is true or simply an urban myth. If it’s a myth, it’s easy to see how it could happen. 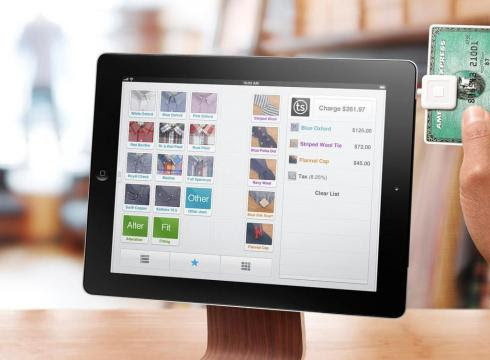 But that was 1990. Fast forward 20-odd years and we’re talking about a different in-store experience. I was at the Neoworks roundtable last night discussing the latest customer service issues in-store and on-line. One of the biggest customer gripes is having to wait in a long queue to pay. And hurrah, we can now issue staff with tablets so that staff can take payment where the customer is, there and then. With services like iZettle, Square and their ilk, taking payments like this is a breeze. Credit card swiped, confirmation of the amount and off we go.

So before you rush in to adopting some shiny new technology, please have a think about some worst case scenarios so that you can work out ways to counter them so you don’t end up falling victim to some dodgy scam.

And if you’re a consumer, just be careful out there. Security risks are out there in the offline world too.